During the corona pandemic, the Craft Beer selections were reduced at a lot of places due to a lack of visitors and also due to delivery problems, which still can occur. However, the selections are now really on the way back to normal.

More or less temporary alterations or reductions are given in blue under “Current” below the text about the place. And, these details may sometimes show to change very quickly.

Still valid corona restrictions are please stay at home if you are not feeling well – and wash your hands often! Also if you’re not vaccinated you still have to keep 1 meters distance to other people.

Uppsala has last years developed into a flowering Craft Beer city. Not only an old place like O’Connors seems to prosper, but really some new places as well.

With reservation for any (sudden) alterations made at the places.

A  Some recent major news, alterations or additions

E  Places Bubbling Under or Nice to Know 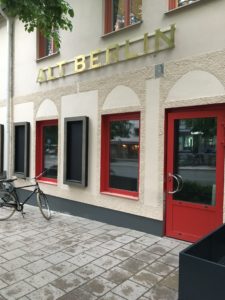 – O’Connors has got new Craft Beer taps installed. It is still uncertain if and when The Loyalty Bar will reopen.

This pub guide on Uppsala Top Beer Places, is compiled and updated from how fun Beertil think it is to visit these places from a craft beer point of view. Places with lower ratings can naturally be very good from other points of views.

Neither Food, Whiskey, Wine nor Drink selections are included in the ratings. Ratings are considered over time, some places vary, some don’t. If not otherwise stated references are made to beers coming from craft beer breweries.

Highest rating is 20. Rating stated before the name of the place. The name of a place is clickable to reach the place’s website.

OS = Outdoor seating summertime or when the weather allows.

BREWPUB = A brewery including a pub.

CONCEPT = The place has a certain concept.

U = The place has the bottle list on Untappd. In case you do not have the app, google the name of the place and the name Untappd.

RA = Real Ales are being served

18      Bierhuis                 – Visited December 2021
Sankt Olofsgatan 23      OS      CONCEPT: Belgian beers.
Excellent Belgian concept. The ceiling over the dining room is painted in a kind of French classic style. The menu is written in Flemish and English – not in Swedish. 24 Belgian beers on taps in a very nice big circular bar. 7 of them are altering randomly. Around 150 fine Belgian beers in bottles/cans, around 25 bigger ones suitable for sharing.  (Opened 2016). 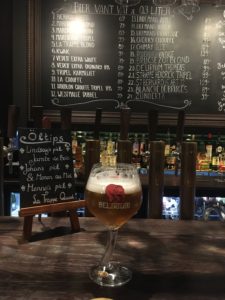 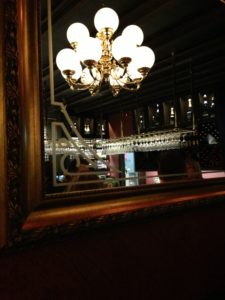 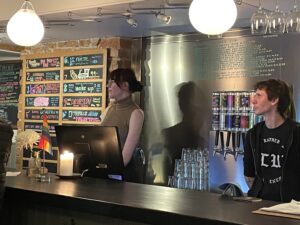 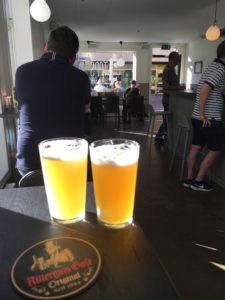 Pretty big place but still with very nice cozy atmosphere in true Bishops Arms’ English style. Good selection on tap, around 18 Craft beers in addition to 1-3 Real Ales. Around 170 bottles/cans. Their bottles/cans list is located on Facebook and continuously updated. Now and then different Beer Events. In November an amazing Lervig Tap Takeover with 18 beers. Dogs welcome if the place is not too crowded. (Opened 2017).

Current: Around 13 Craft Beer taps running. 1 Real Ale is running, and pretty soon there will be 2 taps running. Some bottles/cans on the list are not available. 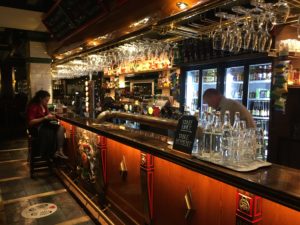 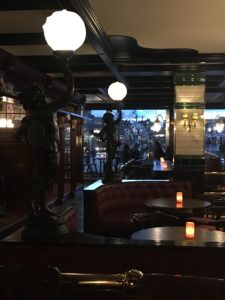 Pretty cozy place with small rooms in old-time historic surroundings close to Uppsala Domkyrka. 20 Craft Beers on tap, always some great ones. Also around 12 bottles/cans, some are bigger and more exclusive, for instance from Lost Abbey, mainly for sharing. Now and then Beer Events. Around 150 Whiskies. Good old Restaurant downstairs (own entrance) called Domtrappkällaren. 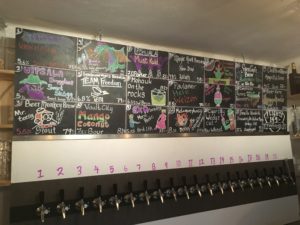 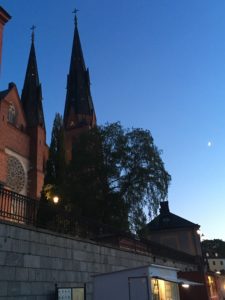 A few steps from the entrance

17     O’Connor’s                – Visited October 2021
Stora Torget 1      W
Classic Irish pub in Uppsala. Nowadays including a lot of Craft Beers – the first counter with 28 taps having around 12 Craft Beers. But, Fridays and Saturdays, there is also a second bar, Loyalty Bar (at the far end to the right), having 5 often very fine Craft Beers on tap. And around 130 more exclusive bottles/cans, for example from Lost Abbey, Port Brewing, Hoppin’ Frog, Cigar City and a lot of Belgian ones. In all there are probably more than 270 bottles/cans. Sometimes Beer Events. Around 100 Whiskey bottles. The Loyalty Bar is closed from June until early September and first half of January. Live music all nights except Sundays. (Opened 1993)

Current:  Still uncertain when The Loyalty Bar will reopen. Around 180 Craft Beer bottles.

Detail from the Loyalty Bar in the far inner room.

Current: 8 Craft Beer taps and around 50 bottles/cans. They have expected more but experience delivery problems. 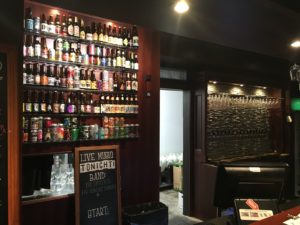 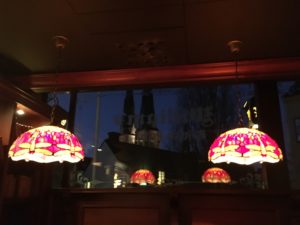 15      Uppsala Brygghus                – Visited July 2021
Märstagatan 10      OS      During the winter, this place is open only specific dates after pre-bookings on Tickster.
A brewery located 15 minutes’ walk in the south-east direction from the station. Open only on specific dates announced on Facebook, usually at the end of most months. Mostly around 13 of their beers available, all of them on tap. Beer tastings and brewery tours frequently when they’re open. 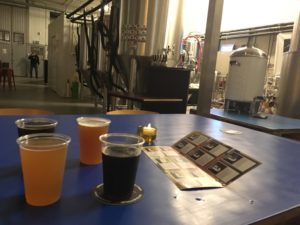 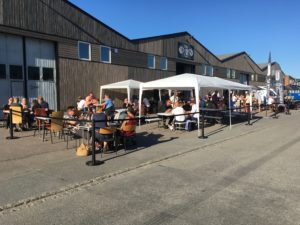 Nice location by the river Fyrisån. Brewery surrounded by a Gastropub having most often 12 beers on tap, sometimes including 1 or 2 local Guest Beers. Around 30 Craft Beers in bottles/cans. Pretty big premises in semi-modern brewery style. 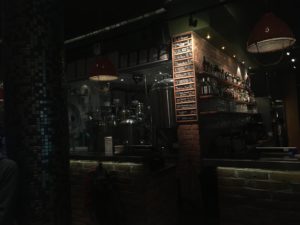 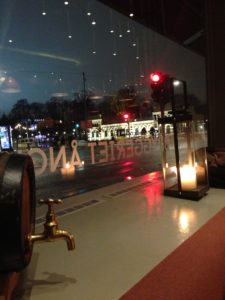 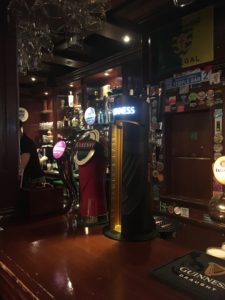 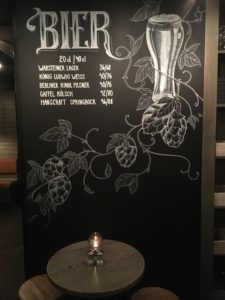 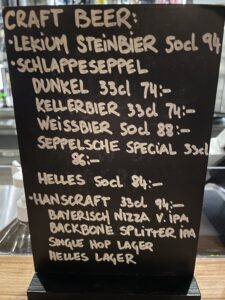 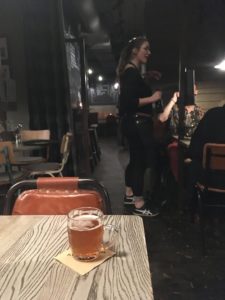 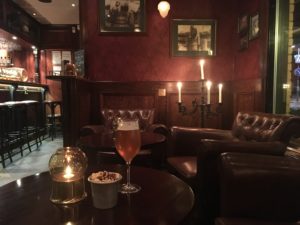 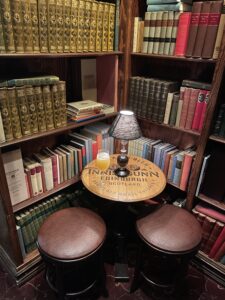 Relax with a beer and a book…

11      Messob                – Visited October 2021
Sturegatan 4      OS      CONCEPT: African beers
Ambitious African Restaurant, very service minded, and with great nice friendly atmosphere. African food is combined with African beverages – including beers – for a true African experience. I had just one excellent beer but still got a carafe of water, a glass and a napkin as well! Around 30 bottles/cans with beers from Morocco, Ethiopia, Angola, Cameron, Tanzania, South Africa, Ghana, Eritrea, Benin, Nigeria, Ivory Coast, Namibia and maybe some more African countries! Some are however licensee brewed in Germany. Special outdoor garden summertime.

Current: Around 15 bottles/cans, though the amount varies due to delivery problems depending on the pandemic. 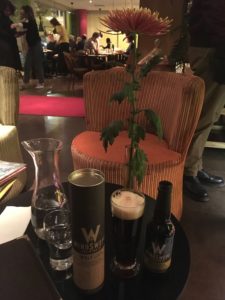 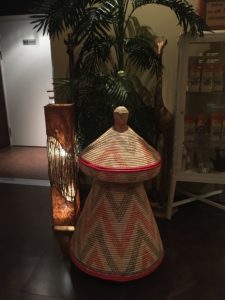 A Messob, it is a traditional Ethiopian breadbasket.

Current: 1 Craft Beer tap – the 3 special taps at the bar counter corner still not in use as on December 3rd; unknown when. 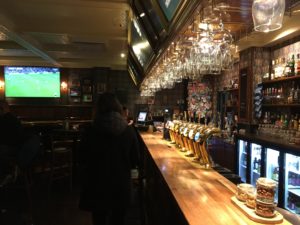 Beer Places Bubbling Under or Nice to Know

Contact
If you have any thoughts about this list of Top Beer Places, please do not hesitate to send an email to beertil@ cohops.se

Back to top of page 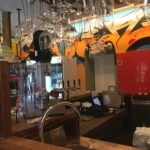 Latest update: December 3rd, 2021   During the corona pandemic, the Craft Beer selections were reduced at a lot of places due to lack of visitors and also due to delivery problems, which still can occur. However, the selections are now really on the way back to normal. More or less temporary alterations or reductions are given in […] 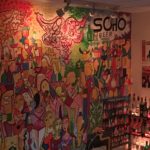 Updated 2019 04 06      However, Beer Events known and Some Recent Major News are continuously updated G During the corona pandemic, the Craft Beer selections were reduced at a lot of places due to lack of visitors and also due to delivery problems, which still can occur. However, the selections are now really on […]